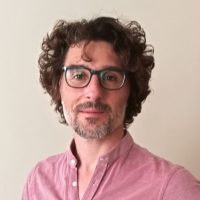 Jeremy Roe is an independent researcher and translator affiliated with the Centro de Humanidades (CHAM) at the Universidade Nova de Lisboa. He has published a range of articles and book chapters on the representation of political identities and the intersections of Iberian visual, literary and festival culture during the seventeenth century. His current research is focused on book illustrations and festival culture in Portugal and its empire from 1621 to 1668.